The Governor of the Bank of England, Mark Carney, has announced that the next £20 note will celebrate Britain’s achievements in the visual arts, and this is the first time asking members of the public to suggest who should be on its £20 note.

Nominations are required by 19 July 2015. Click here to make your own nomination and to learn more. 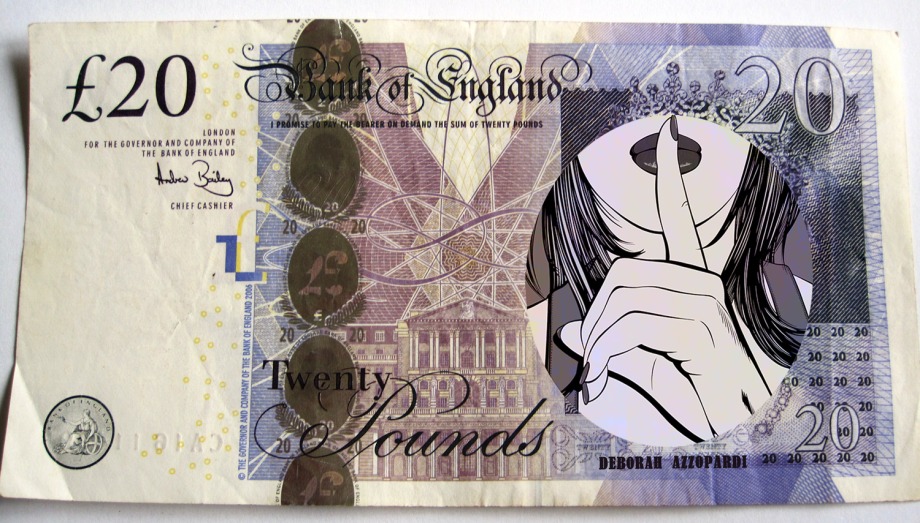 The public nomination programme is the first to be held under the Bank’s new character selection process which was put in place to ensure that the choice of characters for the Bank’s notes commanded broad respect and legitimacy. In line with principles announced in December 2013, the field of visual arts was chosen by a new Banknote Character Advisory Committee. Following the two month nominations period, the full Committee, with input from public focus groups, will draw up a shortlist of characters from which the Governor will make the final choice. The selected character will be announced during spring 2016. The new £20 note will be introduced into circulation in 3-5 years.

➟ POP a couple of these AZZOPARDI ART blog posts in your mail. ➟ Sign up for updates… It’s FREE!